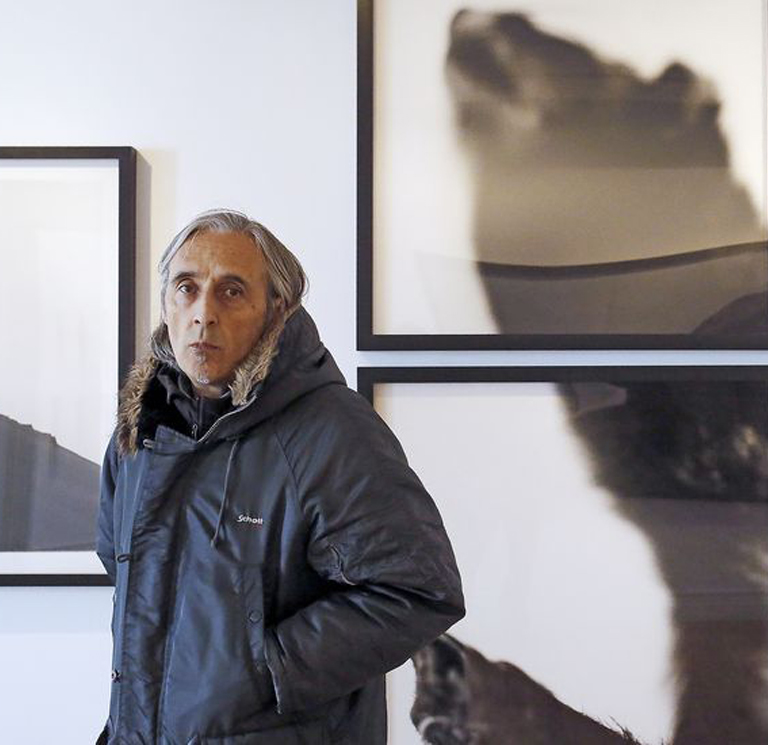 His career as a photographer, spanning both black-and-white and color, began in the 1980s, in an attempt to join together nature-related values and aspects of culture, in order to form a child-like object that oscillates between the extremes of the religious and the profane, the sacred and the forbidden. His interest in poetry, the mystics, philosophical discourses, the passage between light and shadow, are contained in his conception of photography as scenes from the depths and bowels of poetic consciousness. Notions of the limit, the sacred, the sublime or the solitude of time in the memory of life and death, lurk behind the austere beauty of his metaphorical compositions centered around animals, at times accompanied by allegorical elements such as skulls, fruit, candles or tools.

The Tempest explores the idea of the contemplative landscape as a model of vision and spirituality based on the experience of the inner nature of words and images.

Vilaseco Hauser presents the first exhibition of the artist Manuel Vilariño, winner of the national photography award, at the gallery.